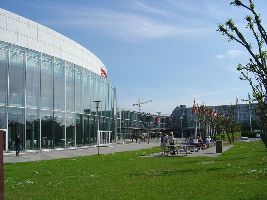 Are we losing our momentum with regard to energy efficiency?

Early news reports coming out of the Copenhagen Conference indicate that there is talk of watered down versions and outcomes and that our leaders will accept less stringent guidelines coming out of these meetings.

This sounds like negative trending. Instead of going in with positive attitudes, saying we are really going to work on solutions, we are defeated in attitude before we begin.

Some of this appears to be a result of what Thomas L. Friedman of the New York Times and others in the media refer to as “Climategate.” The controversial event that occurred just before the Copenhagen Conference surrounded hacked e-mails and data files of the University of East Anglia’s Climate Research Unit, suggesting that climatologists massage data in favor of global warming proponents. In his December 9 opinion piece, Friedman argues that, even if the data were skewed, it does not change the reality that the CO2 we put in the atmosphere stays there, is not reversible and over time could be catastrophic for the earth. There is, he says, no excuse to ignore any chance of global disaster.

It is true there are world financial issues at stake regarding the gross domestic product of countries and what many are economically capable of doing initially, but it’s not as if anything is going to happen this year or next year.  We are setting benchmarks for 2020, 2030, 2040, and if we don’t throw the target somewhere downfield, we don’t know where we’re going.

So I don’t understand why we are picking up the targets.  Leaving the targets out there, whether we hit them or not, gives us something to work toward. We’re not talking about mandates, we are talking about goals. A target can either be mandated or economically inspired – we hope for the inspired targets because mandates don’t work.

Any task of this magnitude looks daunting when you begin.  Take the highway system or the space program – putting a man on the moon was unthinkable but look at all the technologies that have come out of our space program? It’s not like we are telling everyone that they have to stop energy production tomorrow.

The companies that support and have developed long range plans to improve operations and reduce carbon emissions, like our parent company Saint-Gobain, should be commended for its resolve in this area.

I hope the Copenhagen Conference will be a constructive summit where we can launch into an energy-efficient, environmentally friendly future, because the risk we all face is too great for compromise.