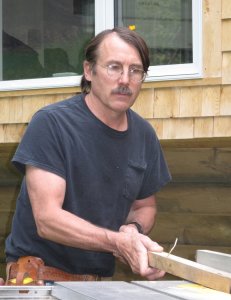 In his Blog, Musings of an Energy Nerd , in the Green Building Advisor Martin Holliday, who has been in the industry for a very long time, revisits an old topic regarding the performance claims of a certain type of insulation that we call bubble wrap. The performance claims are greatly misunderstood by most people due to the ignorance of even semi-professionals to the specifics upon which these claims are based.

The bubble wrap claim of an R-value of 8 is usually based upon its performance in an assembly not as a material by itself. They do not usually describe the assembly in which this rating is achieved when they state that performance. These products have a radiant barrier component to them and if you attend my webinars where we discuss heat flow, air flow and moisture flow – this is one of three modes of heat flow – you know that radiant barriers only work when installed adjacent to an air space. When you look at a project where they say that the product has a R-value of 8 they may have failed to mention that it was installed over spacers over a 2 inch air space when it was tested. You may not have that same scenario in your assembly.

In his article, Martin provides examples of claims that have been proven false. What was insightful to me regarding these claims is that the false claims are being repeated or made by the big box retailers who carry significant weight with consumers and DIYers. This is problematic because claims being made by a large influencer means consumers are being misled and installing a product that they think is an R-8 material when it is really an R-1 material. When their energy bills skyrocket, they are forced to redo the work and pay again to make it right.

The manufacturers have been held accountable for false claims, but who is monitoring or holding accountable, outside of Martin, when false claims or misleading information is being given to consumers at a retailer?

That is one of the reasons that using a professional contractor or installer is money well spent.